No – we’re not talking about some movie memorabilia from the 1985 Australian post-apocalyptic action film Mad Max Beyond Thunderdome, we’re talking about this stunner from watch makers Eric Coudray and Kari Voutilainen. The two have combined to produce the Legacy Machine Thunderdome time piece which has the world’s fastest triple-axis regulating mechanism, with 3 axes revolving in record-breaking 8 seconds, 12 seconds and 20 seconds.

“Rising above a sea of blue guillochage is a rotating spherical mass of gears, pinions and cages. Somehow, from this chaos of motion, order is extracted. Time is indicated on an inclined dial of stretched lacquer, proving that even the wildest horological whirlwinds can be tamed into the logic of hours and minutes.” 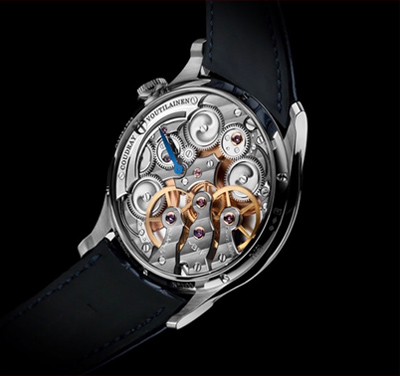 The reverse of the LM Thunderdome engine is equally rewarding. 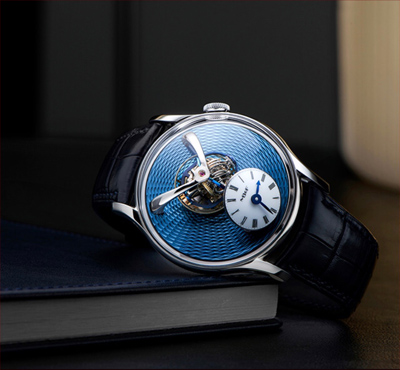