Why not go on a Tasmanian gourmet cheese crawl ?

There’s an immense number of cheese producers in Tasmania, and the fabulous news is that a number of them are open to visitors for tastings, meaning you can base your entire holiday around a spectacular gourmet cheese crawl. With so many small scale producers making artisan cheese with particular attention paid to the tradition of the cheesemaker’s art, this potential unctuous cheese odessy is a must to for foodies, and would be a journey to remember.

The elements of pure air, the cleanest water on Earth, mild temperatures, high rainfall and verdant pastures create an ideal setting for a world-class cheese industry in Tasmania that a foodie’s dream come true. It is no surprise that in 2013 Lonely Planet named Hobart in their list of top 10 foodie cities in the world. Dedicated cheesemakers are present all over the island and continue to thrive and innovate with a variety of cheeses and styles that take this industry to another realm. Looking for some unique flavors such as Wild Wasabi, Lavender, or Bush Pepper? Look to the northern region of Tasmania. Some of the best cheddar in all of Australia can be found in Tasmania. In other areas can be found triple creme Brie, buttery goat cheese, grass-fed cow milk cheese, organic sheep milk cheese….the list goes on and on. If you are really adventurous, try tracking down the whisky cheddar…

We have selected our top three picks to get you started:

BRUNY ISLAND CHEESE COMPANY
One of the most famous artisan cheese-makers on the Apple Isle, the Bruny Island Cheese Company matures its cheese meticulously in a small Island dairy. The company is run by Nick Haddow, who spent 10 years working with specialist cheese makers in many different countries around the world, with this said, the variety of cheeses produced have a distinctly Tasmanian character. a wide range of cow’s milk cheeses on offer, like their mature French-style 1792 (named after the year the French first arrived in Tasmania)Having trouble choosing your cheese?, then order a full cheese platter and have a picnic under the Eucalyptus trees, alternatively they offer quick tastings. They also make their own beers, which they will happily pair with cheese for you advocates for sustainable, ethical dairy farming, which is a big tick, in our eyes. 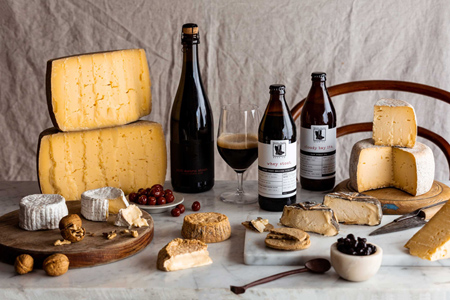 THE WICKED CHEESE COMPANY
Renowned for its soft white cheeses, the Wicked Cheese Company uses of only the purest hormone-free and chemical-free milk from grass-fed cows. The company has many awards under its belt, including the Supreme Cheese Champion Trophy from the 2008 Royal Melbourne Show for its Triple Cream Brie.

Take a trip to the factory in Richmond to see how the cheese is made, partake in a tasting, and indulge in the product ranges at wholesale prices. 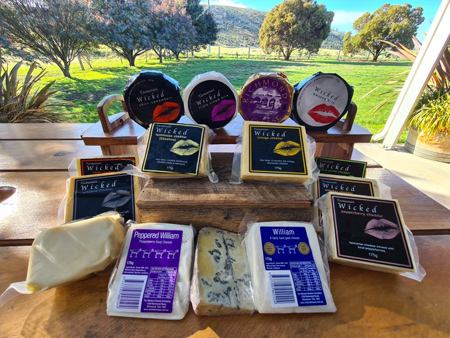 BAY OF FIRES CHEESE
Perfected over centuries, the Bay of Fires Cheese maestro is a thirteenth-generation cheese-maker, originally from England, where his family still make fromage today, who has made his home in Tasmania. For cheddar advotees Bay of Fires is the cheese monger for you. Their traditional cloth bound cheddar won or placed in the Best Cheddar Cheese category at the Australian Grand Dairy Competition for three years running. The cheese is aged for at minimum, a year on a pine board during which time it is given a massage by hand every three weeks. Understandably an award winner. 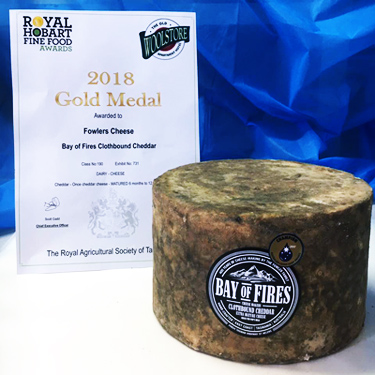