The Jazz Diva’s back with a new album and tour, and she’s gracing our shores. It’s been six years since the nine-time Grammy winner has been here, and we’re sure fans have been eagerly awaiting her return. Norah’s first album ‘Come Away with Me’ in 2002, won five 5 Grammy’s and sold 20 million albums worldwide and even went diamond (yes diamond, it’s when you sell 10 million in US), and a cool million in Australia. With the tour getting great reviews, Norah plays material from her new album ‘Begin Again’ which is more a collection of one-off singles she’s released over the past year. 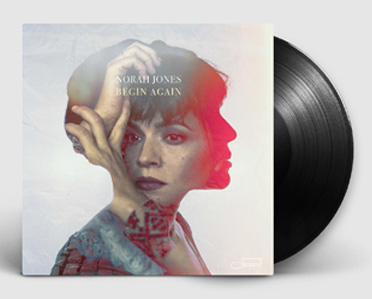 From all reports Norah does some of her classics as well as Don’t Know Why. But you know you’ve really made it when you’ve appeared in Sesame Street with Elmo doing Don’t Know ‘Y’, (2004). So if you don’t want to miss out on seeing the soul cool Norah Jones, she’ll playing her last concert in Australia at the Federation Concert Hall in Hobart, Tasmania on Wednesday the 17th April. Buy tickets here if not already sold out.