Tim Freedman, lead singer of one of Australia’s most loved bands “The Whitlams” has embarked on a solo tour of Australia. The band was to tour this year with their ‘Gaffage and Clink’ Tour with Ben Lee and Alex Lloyd, but they decided to be safe and reschedule to August and September 2021 which has given them time to record the new album. Tim’s solo show will consist of reworked classics such as one of their highest charting singles ‘Blow Up the Pokies’, ‘No Aphrodisiac’ (number one on the Triple J Hottest 100, 1997) and their new song ‘Ballad of Bertie Kidd’ which has a Tasmanian connection. He’s also just added extra shows to the tour as he announced on Facebook:

“…Tasmanian Friends, there was a Saturday night free on my current solo run, which is a crime to any self-respecting touring musician. What a great chance to play in Hobart again. I am playing an early and late show on Saturday 5 December at The Altar… 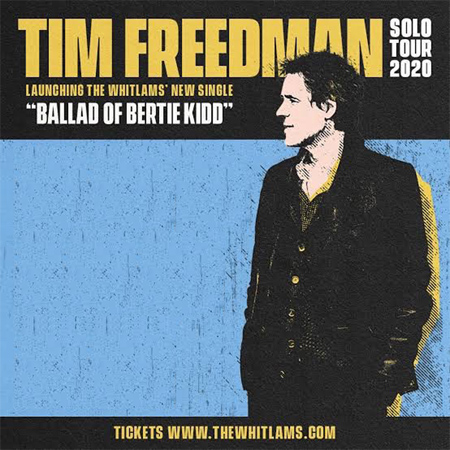 ‘A six minute crime caper that describes a little known escapade in the long career of one of Australia’s most notorious criminals.’